Aunman designer and client administrator Amanda-Johanna Joa, whose service industry experience extends all the way to the other side of the world in New Zealand, arrived at the designing of kitchen, bathroom and entryway furniture via a circuitous route that started out from leatherwork. That’s why she’s always happy to see leather accessories adding a touch of character to pieces of furniture.

How did you end up as a designer and client administrator with Aunman when you started out in such a different discipline?

I studied leather design at the Estonian Academy of Arts, specialising in accessories. After I graduated I decided to go and explore the world for a while and ended up spending 500 days in Australia and New Zealand. And when I’d had my fill of that, I came back to Estonia. I stumbled across interior design, caught the bug and have had it ever since! And that led me to furniture design. There’s a lot of responsibility on your shoulders when you design kitchens, so it can be stressful, but it’s always exciting. I really like it.

What role has the service experience you gained in New Zealand played in things?

I worked in both Australia and New Zealand and then in cafés and restaurants here in Estonia for almost seven years in total. The biggest thing it taught me was that if you’re open to people, open to interacting with them, everything flows from that. New Zealand’s a very open place in every sense – people from all over the world descend on it. The cities there are a real melting pot of nationalities. Tourists by definition are happy and friendly, although I encountered all sorts of people. I don’t recall any moments of real drama from my time working there. I mean, if someone says something rude or confrontational, generally you just smile.

Actually, it was working at a bar here in Estonia years ago that I had my worst experience along those lines. It was quite early on a Saturday morning and there was no one there. I was just pottering around behind the bar. I didn’t notice when this guy came in and sat at one of the tables. By the time I got to him a couple of minutes later, he’d already worked himself up into a rage and screamed at me, “I’m not having you serving me!” So someone else had to be dispatched to deal with him. And I thought, is it really necessary to carry on like that? He ruined my day, and he probably ruined his own as well.

But I have way more good memories from work than bad ones. The most unexpected thing that’s ever happened to me, I guess, was in the last place I worked at, where this young couple with kids came in to buy a kitchen from us especially because I was working there. They paid about half as much again as they otherwise would have because they knew they’d get quality furniture and good service. That’s when I realised I must have been doing something right!

Your last job was as a designer for another furniture company. What did it teach you more than anything else?

That was really a case of me diving in at the deep end. When I joined them, I didn’t have the faintest idea about the furniture industry. I learned from the ground up, about all the materials that are used, and everything you can do with a particular piece of furniture. It taught me a lot, thanks to which I’m now very confident of my abilities.

Which skill would you say is the most important in forging good relationships with clients: communication skills, patience, attentiveness, knowledge of products or time-planning?

All of them are, although product knowledge probably has the edge on the others. If you don’t know what functions a product has or how it’s made, you could end up telling the client anything. Only if you know the product inside-out can you really explain it – and sell it – to the client.

What sort of kitchen furniture is most popular among Aunman’s clients at the moment?

Two things are on trend at the moment: matte and black. Oh, and matte black paired with natural timber as well – clients love that! It’s a stunning combination. I always recommend it.

When do you say to a client, “You might want to think about other options”?

If they come in and say they want solid-timber doors because they don’t trust anything else, for example. Because they’re just not aware of all the other great materials that are available. So I ask them to hear my out and introduce them to all the other exciting options on offer.

What can clients themselves do before coming along to the showroom to make sure that ordering their new furniture goes as smoothly as possible?

You should know your kitchen’s measurements, and where all the windows and taps and power points and vents are. Initial ideas jotted down on paper can be of help, too. That gives you a starting point.

And you need to know your budget. Clients often shy away from telling us how much money they’ve got to play with, but it’s nothing to be embarrassed about. We’ve heard and seen everything, so whatever number you give us, it’s not going to come as a surprise. It’s just that if we know what your upper limit is, we can look for the best solutions to offer within that.

Have you already designed your own dream kitchen?

I’m currently in the middle of doing just that, because we’re about to move into a new place. But nothing’s set in concrete yet. It’s much harder designing something for yourself than it is for someone else! When I listen to what a client tells me, I get a sense of the sort of things that will work in their kitchen.

But as for me… Well, I’m far enough along that I’ve realised I don’t want it to be all black, like I originally planned, but probably lighter tones, beiges and such, with black details to offset it.

Materials-wise, I’m totally team Fenix. I’ve really studied it here at Aunman and I’m convinced it really is as good as they say it is. Where the work surfaces are concerned I’m not going for a stone finish, just because it’s cold. I guess I’ll go for a compact laminate. It has all the best qualities of stone tiling anyway – you can install the sink underneath it, and it allows the hob to be flush with the work surface. It’s an innovative material, and it comes across as elegant and refined.

And will there be any leather in your kitchen or bathroom or entryway?

That would be great! I’ve been making leather kitchen accessories as a hobby – not all that many of them, admittedly, since work takes up so much of my time. But things like leather handles always catch my eye. We have them in the Aunman range, actually, so obviously I recommend them! 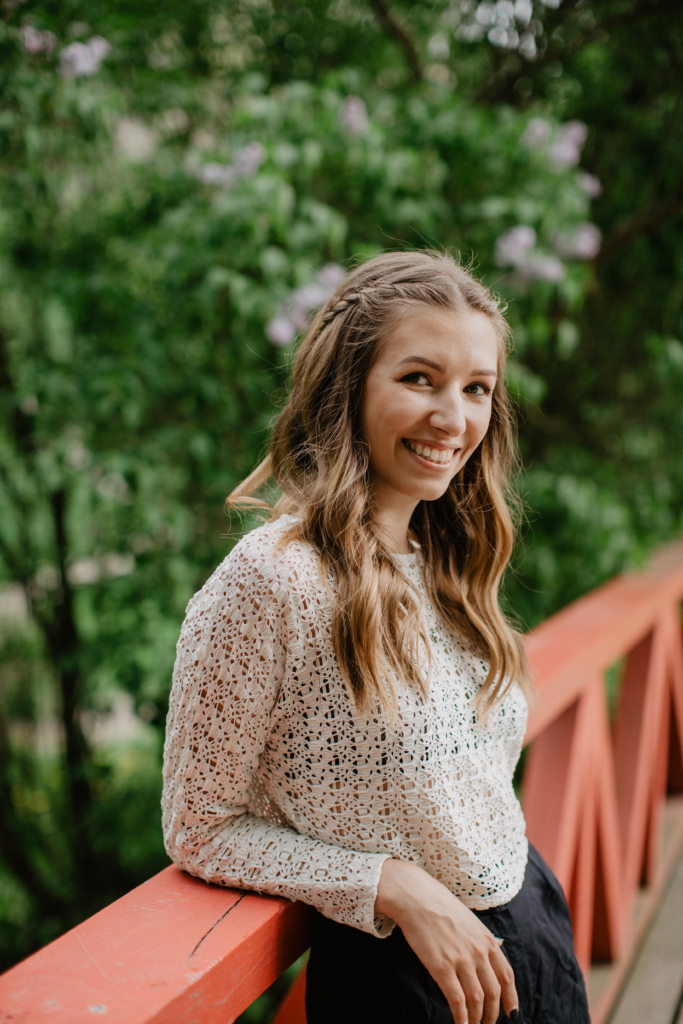