Belgian company Novy, whose products can be ordered in Estonia at Aunman showroom, won a prestigious UK design award for its Novy One air extractor. The product is undoubtedly worth the praise – it glides right out the middle of the hob, its discrete design conceals up to 30% higher efficiency.

Novy One follows the trend of clear, spacious and discrete kitchens. Instead of the fan being located high above the hob, in this case, the hob surface and the air extractor are intelligently combined. The aspiration tower is located in the middle of the induction hob surface and, under normal circumstances, is completely unnoticeable. As soon as you begin cooking, however, the tower smoothly glides out of the hob surface and effectively removes all odors and steam. Thanks to the fact that the extraction has been brought directly to the same level as pots and pans, the device is 30% more effective when removing steam and odors.*

Hero of the hour Novy One. Anyone can order this award-winning device for their kitchen or office from Aunman showroom. Photo: Novy

Award a magazine for professionals

The award won by Novy One is highly coveted in the UK. It is given annually for products that stand out in terms of creative design and selected by a panel of recognized jury members. The award is organized by Designer Kitchen & Bathroom Magazine, which is read by professionals in the industry of kitchen and bathroom design.

What is significant in case of Novy is that the company had just entered the UK market and it immediately received the award. Up to that point, the company’s main target market was the

In fact, it was not the first time Novy One got recognized. In 2016, the device won one of the world’s most prestigious product design awards – the Red Dot Award. 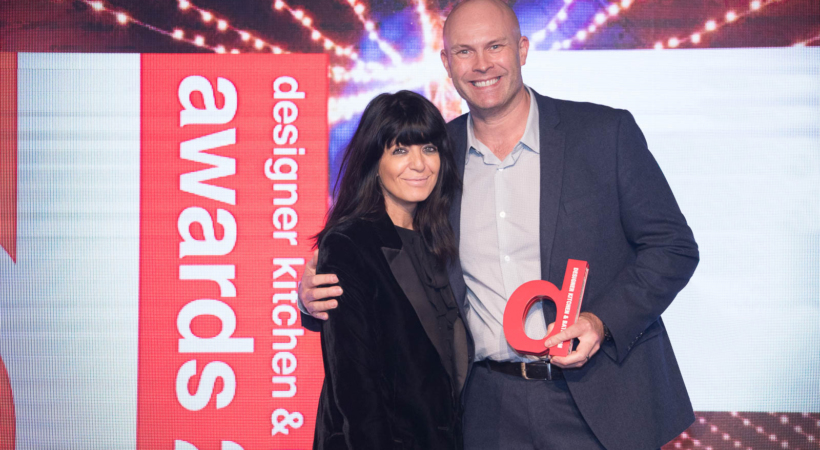 In today’s kitchen design, there is a growing trend towards open kitchens and kitchen islands. We want ever more freedom when designing our kitchens. Novy responds very clearly to this demand with its new products. In addition, Novy extractor fans and hobs are a solution for those who prefer the visual peace in the kitchen and want to keep things tidy even in the process of preparing dinner with friends.

Novy has been an innovative company for decades. The first Novy extractor fan was completed in Belgium in 1965, and since then, the company’s aim has been to efficiently extract air from as large an area as possible. Among other things.

Novy, a manufacturer of mopeds and motorcycles, made a complete u-turn in 1965 and began to produce extractor fans. The picture shows the company’s first fan. Clearly, this decision was good for both the customers and the company itself. Photo: Novy.

To meet the modern kitchen needs, Novy worked out its own philosophy based on design, ease of use, durability, and – QUIET. Novy developed a noise reduction system, which reduced the motor noise and vibration to an absolute minimum. Thanks to Novy, peace and quiet rule in the kitchen.

Anyone who purchases this extractor fan need not worry: Novy claims that it lasts a lifetime.

* – Measurement results are based on the flow simulation by Novy, which was compared to information from other product catalogs.